Uganda is a nation of small farmers. 76% of the population of 46 million lives in the rural areas, and the great majority are small farmers growing both food and cash crops on less than 3 acres of land. Agriculture accounts for 70% of employment; occupies half of the land; and provides half of all exports and one-quarter of Uganda’s Gross Domestic Product. It is a leading sector for economic growth as well as for increasing the income of Uganda’s poorest families (World Bank, 2018). 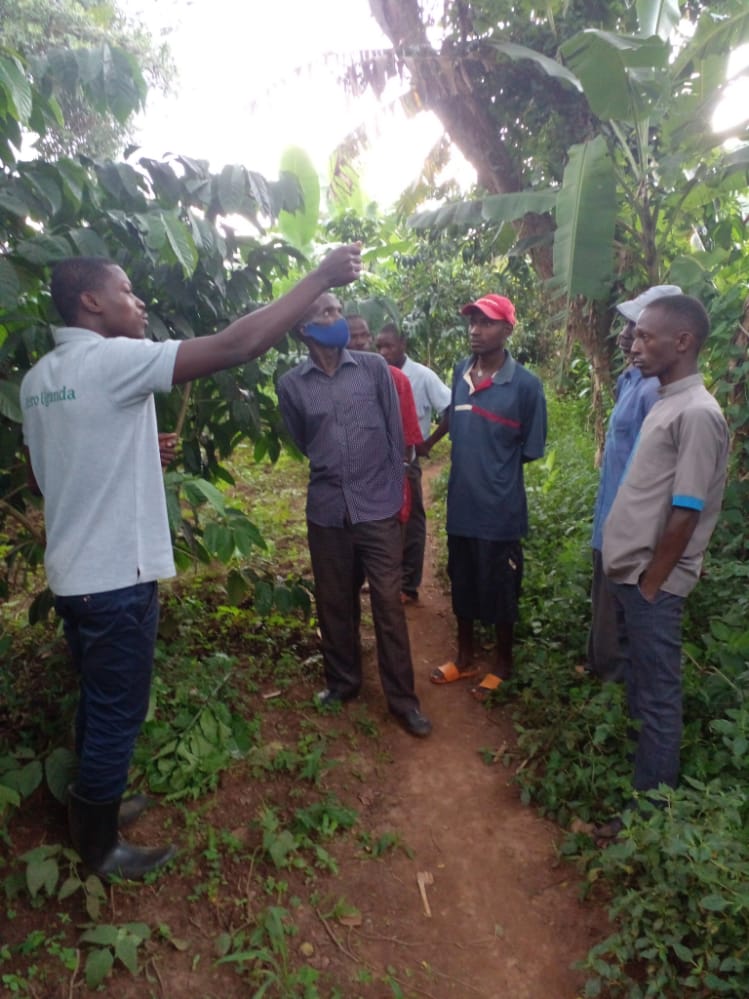 Robusta coffee is grown in the Central, Eastern, Western and South-Eastern Uganda where elevations are less than 1,200 meters above sea level. Arabica coffee requires higher elevations, and it is grown primarily on the slopes of Mount Elgon in the East and Mt. Ruwenzori and Mt. Muhabura in the South-Western Region where altitudes are 1,500 to 2,300 meters above sea level.

Arabica coffee commands a higher price in the global market, and most of the projects for increasing coffee production and income have been in areas and with farmers that grow Arabica. However, 85% of the coffee farmers in Uganda are limited to growing Robusta coffee at lower elevations, and they too can increase their income.

The Central region has the highest concentration of Robusta coffee farmers, with 38% of the total. SID’s project is located in Luweero District, in the heart of the Central region. Luweero has 702 coffee-producing villages and more than 21,000 coffee-farming families. Income from coffee ranges from $64 to $256 a year, but farmers have not had any significant technical assistance in increasing their income. They not only have the ability to increase their productivity, processing, price, and income, but many can also increase the amount of land they dedicate to coffee. Farmers can at least triple their income and graduate from poverty.

SID is using a regional approach that gives all of Luweero District’s coffee farmers a chance to graduate from poverty. All farmers learn the practices for graduating from poverty with Robusta coffee and they are encouraged to adopt them. Farmers that agree to adopt all of them receive technical assistance; conserve land and increase their productivity, price, and income; and become examples for others to follow. 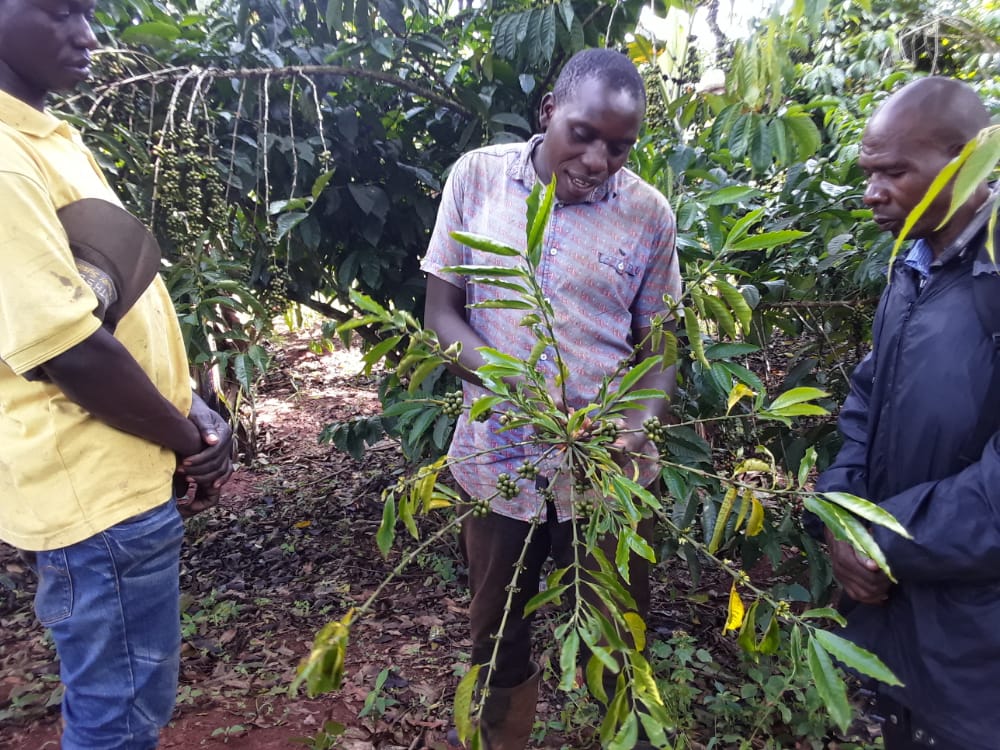 Farmers dry their coffee in the husk for five or six weeks and sell the dried cherries (kiboko) to local intermediaries rather than hull their kiboko and sell the beans directly to exporters for a higher price. Farmers measure their coffee plots in 1/4 acres; they have 2 to 7 1/4 acres of coffee; and their productivity in kiboko is 200 to 250 kilos when they could produce 600. The major conservation practices are harvesting rainwater by digging water retention ditches and mulching the coffee trees to maintain moisture in the soil.

In March 2022, farmers in each county began the project by defining the practices they needed to adopt to increase their income to at least $700 a year from coffee. They agreed upon 10 practices for increasing productivity; 8 for getting a higher price; 6 for conserving their land; and 8 for making better business decisions.